We are delighted to reveal the four books that have been shortlisted for the 2017 Saif Ghobash Banipal Prize, which recognises full-length works of imaginative and creative writing translated from Arabic.

The winner will be announced in January, and presented with their £3,000 award at the Society of Authors Translation Prizes on 1st March at the British Library. 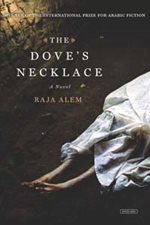 The judges said: ‘this labyrinthine novel is… a virtuoso work of magisterial confidence and technical accomplishment… It has been expertly and vividly translated by Katharine Halls and Adam Talib.‘

For most readers, The Dove’s Necklace reveals aspects of street life in Mecca of which they will have been completely unaware, far from the popular image of a faith capital entrenched in conservatism. On one level the novel takes a popular genre of fiction, the detective investigation, and commands our attention as we follow its ins and outs. 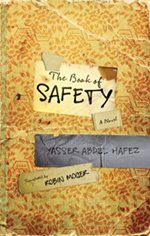 The judges said: ‘Robin Moger skilfully translates this gripping story that cleverly shakes the fixed standards of morality of a traditional society.’

At a time when people are questioning the concept of truth, The Book of Safety looks at contrasts between appearance and reality, the real and the imagined. 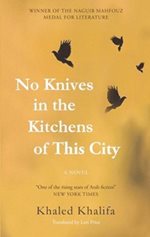 The judges said: ‘Hauntingly elegiac, Leri Price’s translation of Khaled Khalifa’s heart-breaking homage to individuals who must manage and survive power and oppression is a triumph.’

No Knives in the Kitchens of This City is a timely and painful reminder of the tragedy unfolding before our very eyes that is Syria today. It is a broad historical and geographical canvas, over the thirty years of Hafez al-Assad’s rule (1971-2000), in Syria and the Middle East 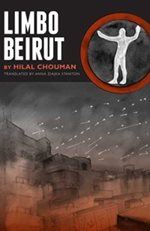 The judges said: ‘The prose style is smooth and fluid – easy flowing sentence structures engagingly convey a sense of the emotional and intellectual lives of the characters’

Limbo Beirut is a set of five inter-colliding stories that collectively evoke the backdrop of the May 2008 sectarian clashes in Beirut.

MORE ABOUT THE PRIZE

The Prize aims to raise the profile of contemporary Arabic literature as well as honouring the important work of individual translators in bringing the work of established and emerging Arab writers to the attention of the wider world. It was the first prize in the world for published Arabic literary translation and was established by Banipal, the magazine of modern Arab literature in English translation, and the Banipal Trust for Arab Literature. The inaugural prize was awarded in 2006.

The Prize is wholly sponsored by Omar Saif Ghobash and his family in memory of his father, the late Saif Ghobash, a man passionate about Arabic literature and other literatures of the world.

The deadline for entries and publication of works each year is 31 March. For more information on how to apply, please click here. 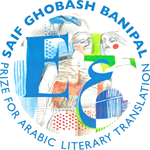