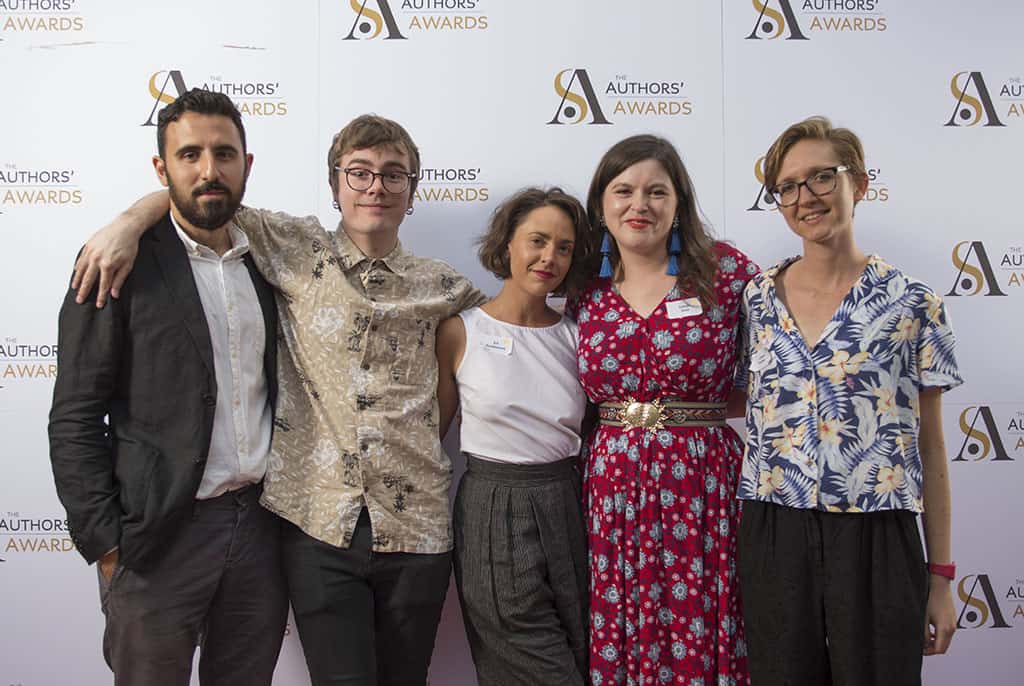 Writers and poets from across the globe were celebrating tonight (Thursday 19 July) as the 2018 Authors’ Awards were announced by the Society of Authors at a ceremony at RIBA. Hosted by Stephen Fry with an introduction by the President of the SoA, Philip Pullman, eight awards were presented to 31 writers with a host of debut names joining recognised writers of fiction, non-fiction and poetry to share a prize fund of £98,000.

This ‘night of riches’, uniquely judged by writers for writers, saw over 400 guests from across the publishing industry come together as the winners of the Betty Trask, McKitterick, Tom-Gallon Trust and Somerset Maugham awards were announced in addition to the Cholmondeley Awards for outstanding contribution to poetry, the Elizabeth Longford Prize for Historical Biography, five Travelling Scholarships and the Eric Gregory Award for a collection of poems by poets under 30.

Speaking about the Authors’ Awards Joanne Harris, judge for the Betty Trask Prize and Awards, and SoA Council and Management Committee Member, said:

“The Authors’ Awards are among the most exciting and important literary awards around, and I’m honoured to be a part of them. Awarded to authors by authors, they’re not designed to showcase celebrities or promote high-profile sponsors; just to honour writers and to bring their talent to the public’s attention. This year we have an especially interesting and impressive group of shortlistees and winners, and as a judge of the Betty Trask Prize, I’ve always been impressed by the scope and diversity of the entrants.”

David Donachie, Chair of the Society of Authors Management Committee says of the Awards:

“These awards are unique for being uncommercial, funded to the tune of nearly £100,000 by bequests from writers working in every form, judged by their present-day heirs and awarded to the best in each category. They celebrate, as well as promote, writers and writing and nothing else.”

The judges for each award, including Joanne Harris, Samantha Shannon, Frances Fyfield, Abir Mukherjee, Irenosen Okojie, Sameer Rahim, Jen Campbell, Pascale Petit and Paul Bailey, were united in their praise for the ‘compelling, challenging, original and emotionally charged’ writing with every facet of human experience, both worldly and other-worldly, home-grown and international, explored.

The Betty Trask Prize and Awards are presented for a first novel by a writer under 35.

The McKitterick Prize is awarded for a first novel by a writer over 40. 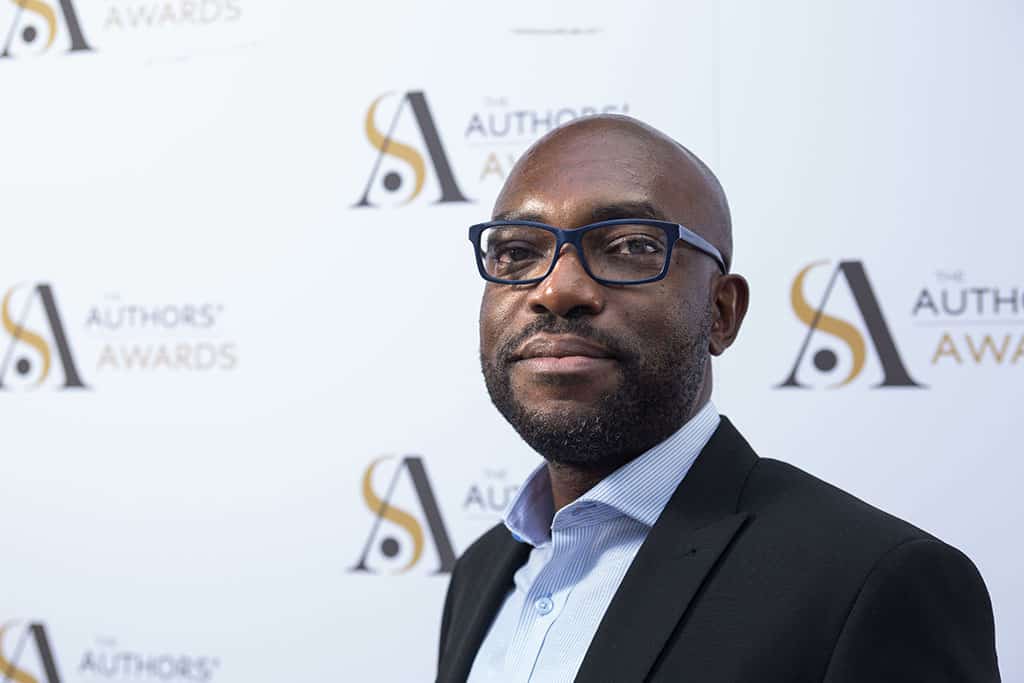 The Tom-Gallon Trust Award is awarded for a short story by a writer who has had at least one short story accepted for publication. 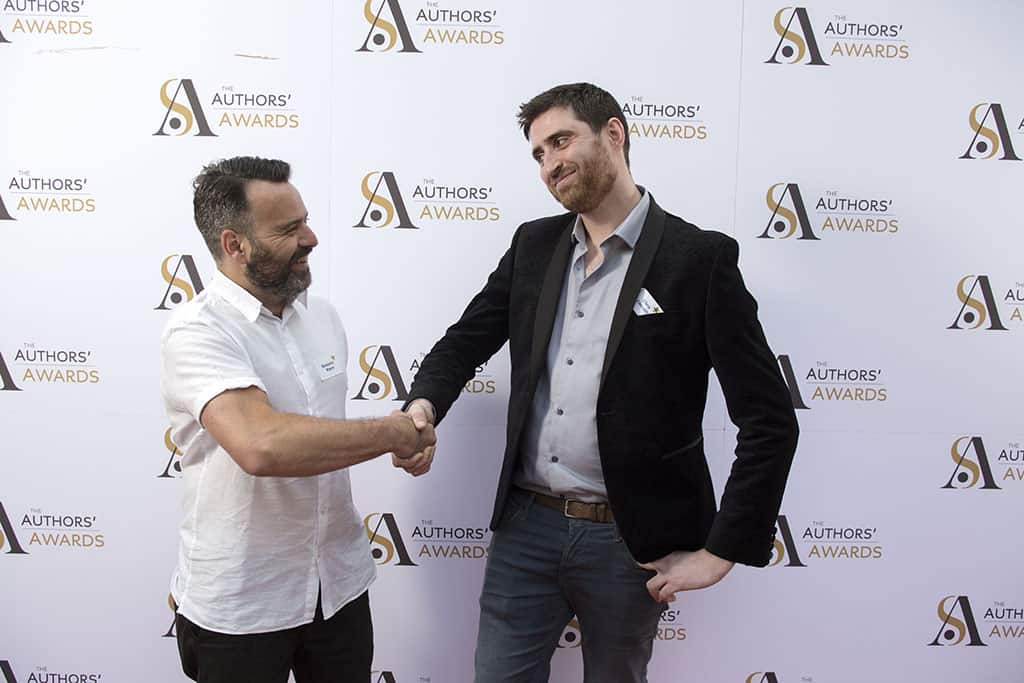 The Somerset Maugham Awards are for published works of fiction, non-fiction or poetry by writers under 35, to enable them to enrich their work by gaining experience of foreign countries.

Awarded for a collection of poems by a poet under 30.

Presented for a body of work by a poet.

Awarded to British creative writers to enable them to keep in contact with writing colleagues abroad.

The Authors’ Awards is a unique evening of celebration with each award chosen by authors for authors and judged by celebrated authors, writers and poets, many former winners themselves. 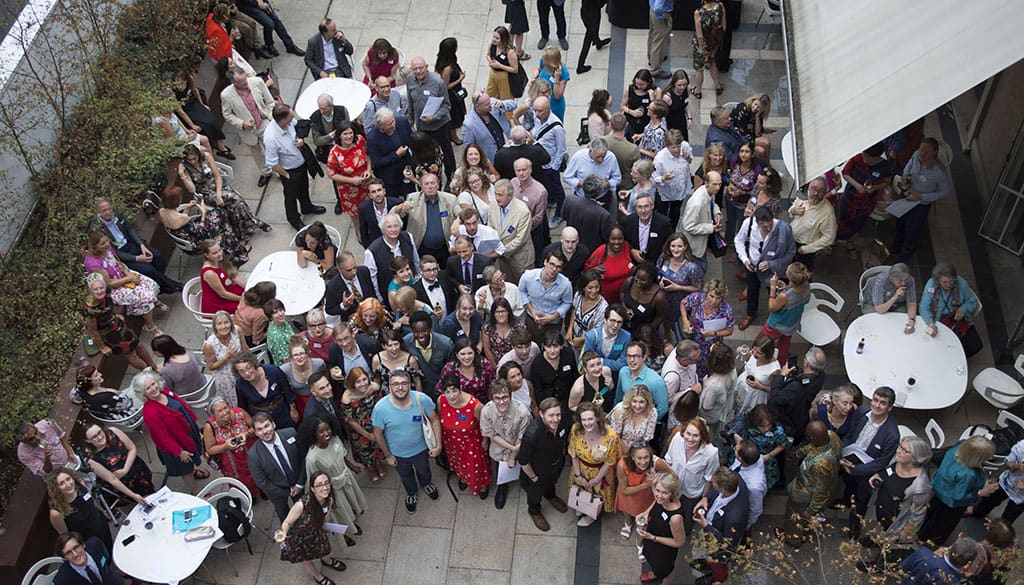 Just a few of our winners, shortlistees, judges, speakers and other guests (photographer: Tom Pilston)

Supporting and empowering writers of fiction, non-fiction and poetry and giving them time and resources to enable creativity is a key part of the Society of Authors’ ethos and during the evening two new Awards were announced.

First, the Paul Torday Memorial Prize for Debut Novelists over 60 created in honour of Paul and with a prize fund of £1,000 to be awarded in 2019; and second, The Queen’s Knickers Award, a new prize funded by author of ‘The Queen’s Knickers’, Nicholas Allan, for an outstanding children’s picture book (for ages 0-11).

Created to recognise books that strike a quirky, new note and grab the attention of a child, the winner of this ground-breaking new award will receive £5,000, and a runner-up £1,000. It will be awarded for the first time in 2020.