We were saddened to learn of the death on Saturday of VS Naipaul, writer and longstanding member of the Society of Authors.

Winner of the 1971 Booker Prize and 2001 Nobel Prize for Literature, Naipaul had been a great supporter of the SoA for more than 60 years.

He became a member in January 1956, shortly before the publication of his first novel The Mystic Masseur, and in 1961 he was a recipient of a Somerset Maugham Award, which he used to fund his travels through India.

He became a serving member of the SoA Management Committee in 1965, and was nominated to our Council in 1981.

When Naipaul won the British Literature Prize in 1993, he nominated £10,000 of it to the Society of Authors, to be used for the encouragement of a young writer. The prize was awarded to Rosemary Hill for her biography of Augustus Pugin, published as God’s Architect in 2007. 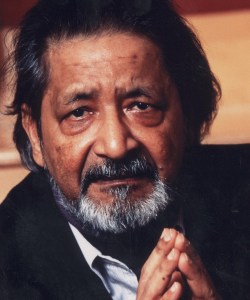