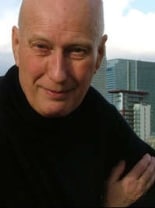 It is with great sadness that we have learned of the death of Management Committee member, Eric Clark.

A member of the Society of Authors for more than 30 years, he was tireless in his commitment to his fellow writers and a calm but influential voice when it came to discussions of policy.

He believed that times are tough for authors – he and his wife (Marcelle Bernstein) brought up three children and paid a mortgage with their writing, but he believed that few could do that today.

David Donachie, chair of the Management Committee, said of his colleague:

Eric was a very acute wit and a well of experience, a man who’d been a very senior journalist. Talking to him, even at 80 years plus, you got the impression he was game for anything. It was only in being regaled with his entertaining anecdotes, over his accustomed large Jameson’s Irish Whisky, one realised how many varied things he’d done in his life, too many to be listed here.

His fellow members of the Management Committee will miss him, not just for his input, but for his gentle charm.

For myself, I will be without someone who had become a friend.

As a journalist, Eric worked for the Daily Mail, The Guardian and The Observer (heading its investigative unit and serving as Home Affairs Editor), and his freelance journalism appeared in many of the world’s major newspapers. His articles in The Observer on American Mafia infiltration of London’s casinos in the 1960s were credited by the British Government for their decision to change the country’s gambling laws.

His ten books include five thrillers as well as documentaries on the devious world of diplomats; a comprehensive account of the machinations of the global advertising industry; and an examination of how American marketing and Chinese sweatshops have combined forces to rule the world toy market.

His obituary in The Times on 3 November reads as follows:

Eric was a Fellow of English PEN, and a member of the National Union of Journalists, the Authors Guild and the Mystery Writers Association and of the International Thriller Writers organisation.