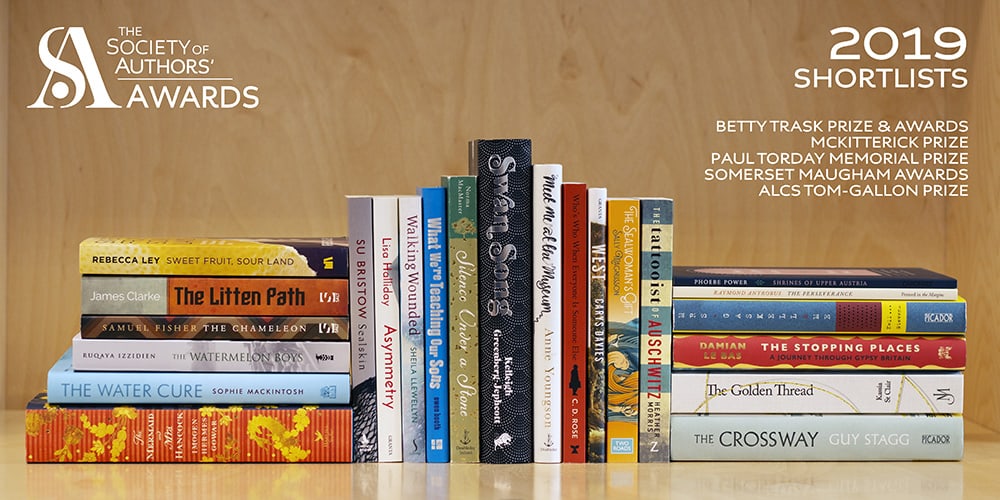 The shortlists for the Betty Trask, McKitterick, Somerset Maugham, ALCS Tom-Gallon awards and the inaugural Paul Torday Memorial Prize, an award for a first novel by a writer over 60, were announced by The Society of Authors today (Wednesday 15th May) with bestselling author Heather Morris (The Tattooist of Auschwitz), Women’s Prize shortlisted, Imogen Hermes Gower (The Mermaid and Mrs Hancock), Costa Short Story Award shortlisted Sheila Llewellyn (Walking Wounded), 2015 Desmond Elliott Prize winner, Claire Fuller (Tiny and Pointed) and independent bookseller, Samuel Fisher (The Chameleon)  amongst a list of 31 shortlisted writers and poets. Broadcaster and journalist, Sally Magnusson (The Sealwoman’s Gift) and debut author Anne Youngson, (Meet Me at the Museum) have been shortlisted for two prizes.

In a celebration of inclusivity and the power of storytelling the shortlisted names include established bestsellers, debut authors, poets and short story writers with the oldest nominee, Irish debut novelist Norma MacMaster, aged 81. The judges for each award, including Kate Mosse, Gary Younge, Mark Lawson, Anita Sethi, Vaseem Khan, Susan Hill, Stuart Evers, Irenosen Okojie and Jen Campbell were united in their praise for ‘inventive, courageous, challenging and evocative writing that explores both the everyday and the extraordinary ’ with stories exploring the personal and political via themes of displacement, love, friendship, community and loss.

The five prizes will be awarded at the Society of Authors’ Awards on Monday 17th June, a unique night of riches which will see the UK’s biggest literary fund of more than £100,000 awarded by authors for authors, and sponsored by the Authors’ Licensing and Collecting Society (ALCS). The event has rewarded the early works of some of today’s most prominent literary figures such as Zadie Smith, Seamus Heaney, Helen Dunmore, Hari Kunzru, Carol Ann Duffy and Mark Haddon and honoured the careers of established figures including Dylan Thomas, Fay Weldon, William Golding and Margaret Drabble. 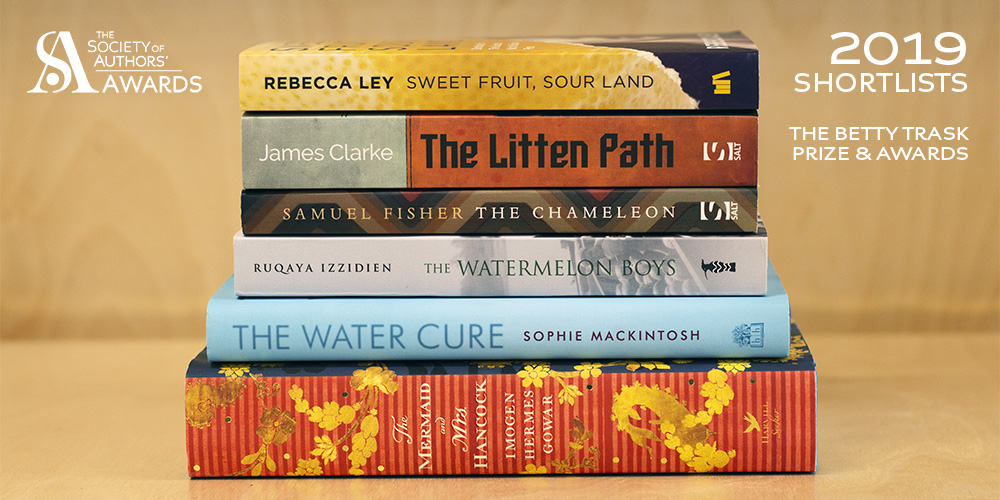 The Betty Trask Prize and Awards are presented for a first novel by a writer under 35. Judged by Ben Brooks, Elanor Dymott and Vaseem Khan.

It’s been thrilling to read so many rich, perplexing, startling, strange and beautiful books for this prize. My understanding of what a novel can do has been enriched, my horizons broadened, and my belief in the power of story strengthened. I’ve laughed, I’ve cried, I’ve been unable to put books down, and I’ve been reminded of what a luxury it is to sink into a really, really good novel, and how difficult it can be, when pressed, to choose the pick of the bunch.

​Past winners include Zadie Smith, David Szalay, Hari Kunzru and Sarah Waters. The winner of the 2018 Betty Trask Prize was Omar Robert Hamilton for The City Always Wins. Total prize and award fund is £26,250. 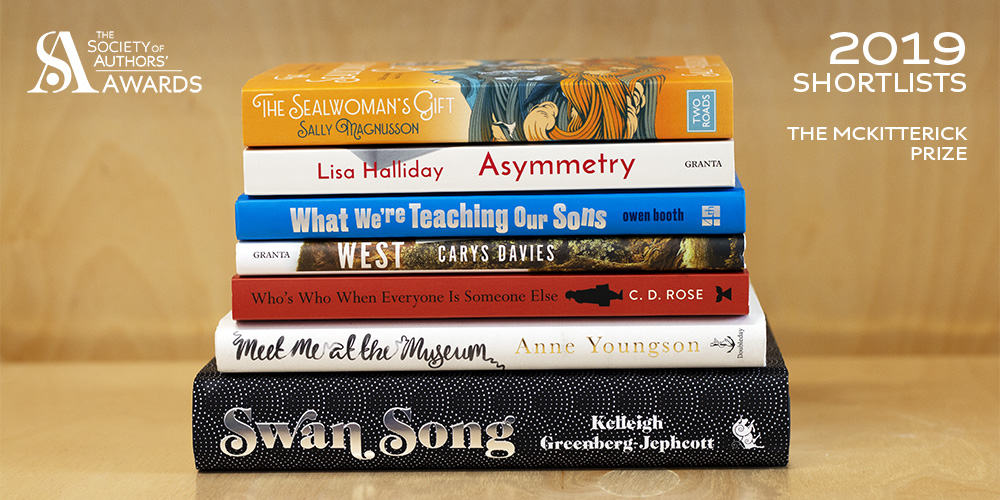 The McKitterick Prize is awarded to a first novel by a writer over 40. Judged by Susan Hill, Christopher Tayler and Abir Mukherjee.

The McKitterick Prize makes an important statement that it’s never too late to write your first novel. Talent is what matters, regardless of age. What’s more, the books that make our list are better for the wealth of life experience with which their authors imbue them. This year, the standard has been extremely high and it’s been a pleasure to be a judge. 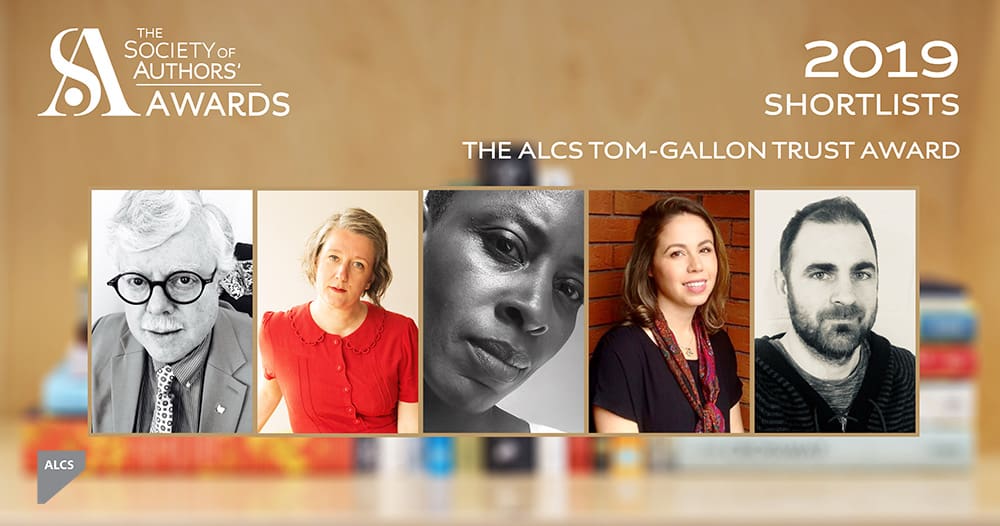 Sponsored by the Authors’ Licensing and Collecting Society, The ALCS Tom-Gallon Trust Award is awarded for a short story by a writer who has had at least one short story accepted for publication. Judged by Stuart Evers and Irenosen Okojie.

It was a joy to judge the Tom-Gallon Trust award this year. The ideas, scope and variety of the stories reflects a thriving short form and fantastic voices committed to exploring the art of short stories with verve and dedication. 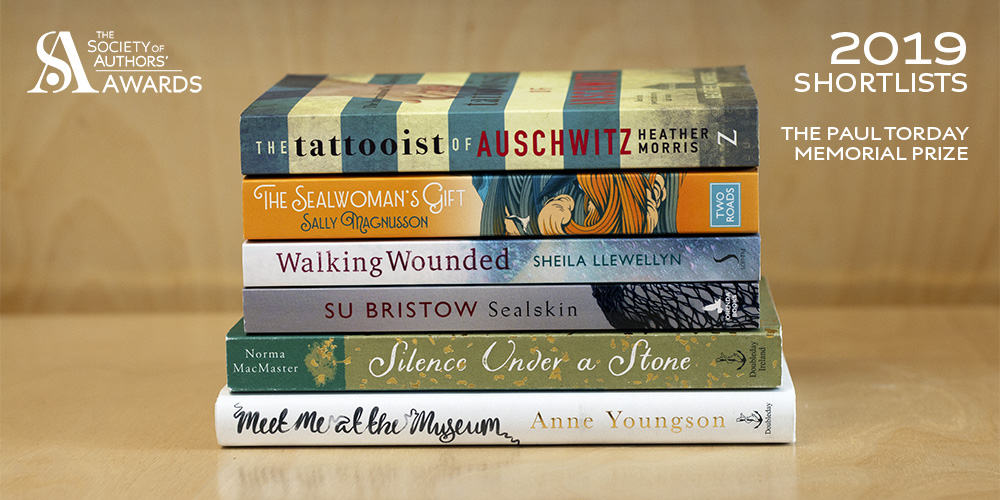 The inaugural Paul Torday Memorial Prize will be awarded to a first novel by a writer over 60. Prize fund £1,000 plus a set of the collected works of British writer Paul Torday, who himself only published his first novel Salmon Fishing in the Yemen at the age of 60. Judged by Mark Lawson, Kate Mosse and Anita Sethi.

This inaugural shortlist vitally reminds us that writing is a job with no mandatory starting date, demonstrated through excellent historical fiction alive with time and period, magical explorations of landscape and love, a devastating story about the hidden consequences of the brutality of wars, and an exploration of the archaeology of the human heart. 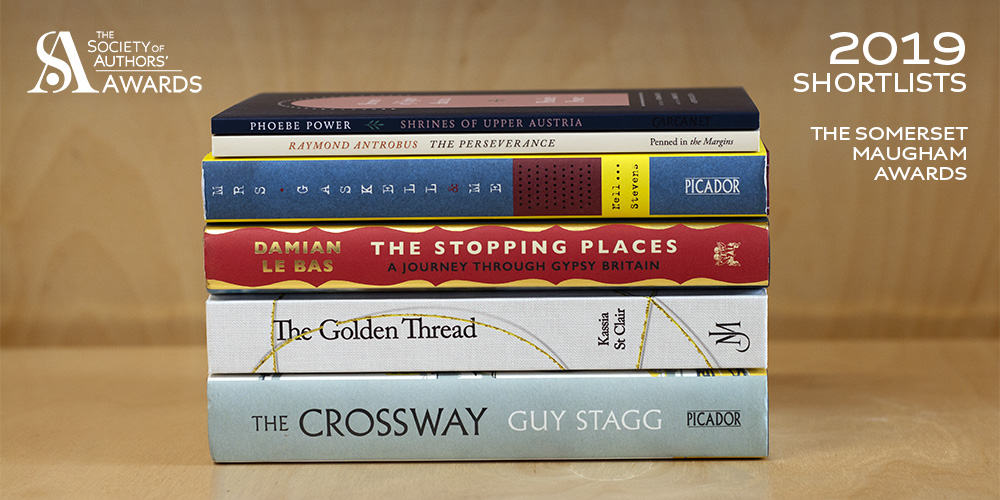 The Somerset Maugham Awards are for published works of fiction, non-fiction or poetry by writers under 35, to enable them to enrich their work by gaining experience of foreign countries. Judged by Jen Campbell, Barney Norris and Ian Thomson.

The quality of writing for the submissions this year was exceptionally good. I was humbled by the literary excellence on display all-round and learned a good deal from the books which I read with such pleasure. Were he alive today, Somerset Maugham ought to be delighted.

The Society of Authors’ Awards and Summer Party, presented by Jackie Kay and sponsored by the Authors’ Licensing and Collecting Society (ALCS), will take place at Southwark Cathedral on the evening of Monday 17th June 2019 and will play host to 500 guests from across publishing and SoA membership. Further awards presented on the evening will include the Eric Gregory Awards for a collection of poems by a poet under 30, the Cholmondeley Awards for a body of work by a poet, the Elizabeth Longford Prize for Historical Biography and the Travelling Scholarships awarded to British creative writers to enable them to keep in contact with writing colleagues abroad.

A unique evening of celebration, each award is chosen by authors for authors and judged by celebrated authors, writers and poets; many former winners themselves. 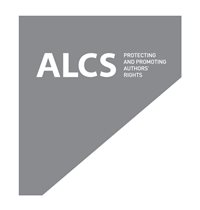 About the Authors’ Licensing and Collecting Society: