Award-winning scriptwriters Niel Bushnell and Barney Norris are the most recent members elected to the SoA’s Scriptwriters Group (SWG) Committee, which lobby on behalf of UK scriptwriters. 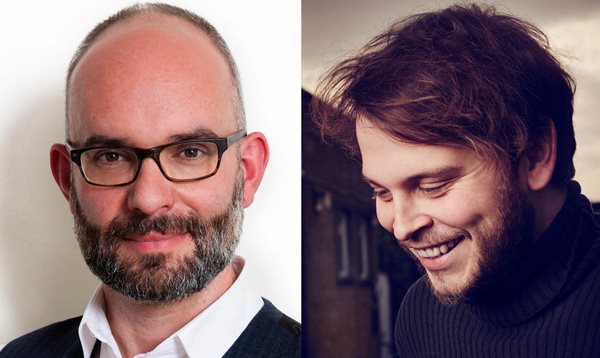 The group – representing writers and makers across digital, broadcast, AV and theatre – support members and associates by providing professional, individual advice (as part of the SoA), negotiating collective minimum terms agreements with organisations such the BBC, and lobby on policy and legislation to promote the interests and protect the rights of scriptwriters.

Niel Bushnell is an award-winning science-fiction and fantasy author based in the north-east of England, and has worked in the creative sector for over 20 years across film, TV, animation, online, games, advertising and publishing. As well as developing several screenplays, he is currently writing a science-fiction series for adults called The Arkship Saga.

Founder of theatre company Up in Arms with Alice Hamilton, Barney Norris’ plays include While We’re Here (Up in Arms at the Bush and on tour); Echo’s End (Salisbury Playhouse); Eventide (Arcola and on tour); the acclaimed Visitors (Up in Arms, Arcola and on tour – Winner of the Critics’ Circle Award for Most Promising Playwright and nominated for an Evening Standard Award) and more.

“I’m thrilled to be joining the SoA Scriptwriters Group Committee. It’s an opportunity to work to support writers, and that’s a very exciting thing to be part of.”

“I’m delighted to be joining the Scriptwriters Group Committee and I’m looking forward to contributing to the group’s work with writers, film makers and broadcasters. Given the appetite for stories across the expanding broadcasting landscape, it’s a really exciting time to be part of the committee.”

What does SWG do?

SWG is made up of an elected committee and the Group Chair is Elizabeth-Anne Wheal. The group sit on the BBC Radio Forum where they negotiate amends to the minimum term agreement underpinning the commission audio drama scripts by the BBC, including most recently for new-make podcasts, and in 2018 agreed a series of guidelines with PACT for the involvement of expert contributors and their research in factual programming.

The group also administer the Imison Award for debut audio drama writing and the Tinniswood Award – alongside the Writers’ Guild of Great Britain and sponsored by the Authors’ Licensing and Collecting Society (ALCS) – for original audio drama writing. Both awards are open for entries until 6 October 2019.

All SoA members who work in scriptwriting are welcome to join the group.

Find out more about SWG here