PLR praised as ‘the best kind of joined up funding’ for UK writers, illustrators and literary translators alike. 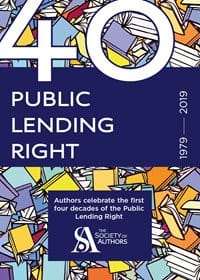 Philip Pullman, A.L. Kennedy and Margaret Jull Costa are among the authors celebrating the 40th anniversary of Public Lending Right (PLR) – 40 years since its introduction in the UK.

The Society of Authors took part in a long campaign to get a PLR system introduced in the UK, and this was finally achieved through the Public Lending Right Act 1979. Since then authors have received a modest payment (currently around 8p) whenever their books are borrowed from public libraries. In 2017 our campaigning achieved the extension of PLR to e-books and e-audio books.

We’ve been inviting authors to share short messages about what PLR means to them and why it is so valuable for writers, illustrators and literary translators for a ‘birthday card’ to present to PLR organisers on Wednesday 25 September at the 40th anniversary party at the British Library by our Chief Executive, Nicola Solomon, on behalf of UK authors. 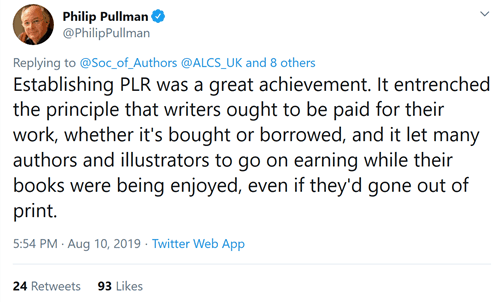 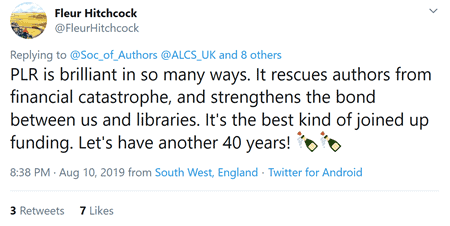 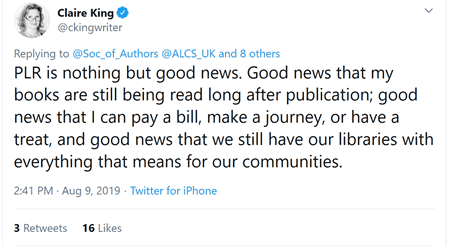 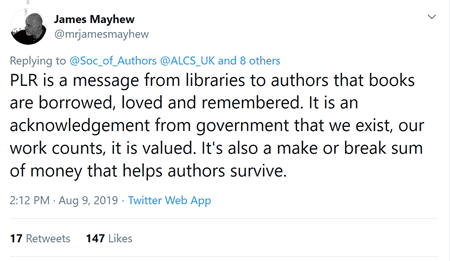 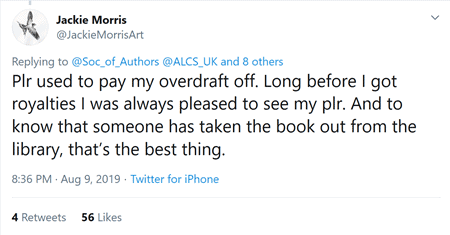 We’re not done yet

These messages of support will help form an important part of our lobbying work and make the case for maintaining the PLR budget, as well as celebrating the fantastic achievement of the introduction of PLR. We should never take public funding for PLR for granted, particularly given that the Government plans to review all departmental spending later this year or early next year.

We’ll also be sharing these messages on social media over the next few weeks to help us with our broader campaigning to protect PLR and make recommendations about how PLR can be improved, such as by collecting data from volunteer-run libraries, which will help highlight the extent of library closures and the reliance upon volunteers to keep libraries afloat.

And we encourage you to get involved: express your support for PLR and public libraries on social media or write to your MPs asking them to protect PLR. Above all, ensure you are registered for PLR so you can receive money each time your books have been borrowed from public libraries.