A prize of £3,000 is generously sponsored by the Authors’ Licensing and Collecting Society and will be presented at the BBC Audio Drama Awards on Sunday 2 February 2020. Ahead of the reveal, judges Patricia Cumper, Robert Bathurst and Rhiannon Tise are delighted to announce the following shortlisted plays. 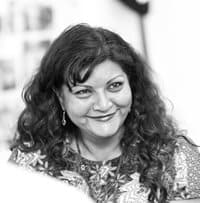 DEATH OF A MATRIARCH by Tanika Gupta

Tanika Gupta has written over 20 stage plays for major theatres across the UK and extensively for BBC Radio drama, as well as television and film. In 2008 she was awarded an MBE for Services to Drama and in 2016 was made a Fellow of the Royal Society of Literature. Tanika has an honorary doctorate in the Arts from University of Chichester and is an Honorary Fellow at Rose Bruford College and Central School of Speech and Drama. In 2018, Gupta was awarded with the James Tait Black Memorial Prize for Drama for her play Lions and Tigers. Tanika is currently under commission with National Theatre Scotland and the Royal Court Theatre and is developing a musical project with Universal Music Group. She is also working on an original television series with Meera Syal for Douglas Road/ Artists Studio and the BBC and is also writing a feature film for Altitude Films.

The judges said: “Death of a Matriarch is lyrical, evocative writing perfectly suited to the exploration of intimacy which audio drama does so effectively.” 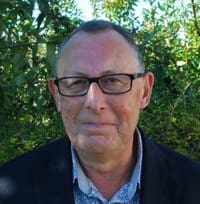 THE HARTLEPOOL SPY by Ian Martin

Comedy writer Ian Martin was a writer for the BAFTA-winning political satire The Thick of It, starting a long-running association with producer Armando Iannucci, which continued with the Oscar-nominated In The Loop. Martin was a writer-producer on HBO’s VEEP (for which he won two WGA Awards and an Emmy) and a co-writer for the BAFTA-nominated feature The Death Of Stalin. He is a writer and supervising producer for the forthcoming HBO space comedy Avenue 5. Martin is the author of several books including Epic Space and The Coalition Chronicles, and has written for the Architects’ Journal, the Guardian and the New Statesman.

The judges said: “The Hartlepool Spy is a tale of moral corruption, of self-interest defeating the interests of justice; it is based on a true story and yet the author’s research is worn lightly. It is hilariously, delicately told; the characters are both comic and chilling. Ian Martin’s exciting dialogue fizzed along; it is completely engaging.” 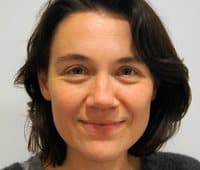 Katie Hims’ first radio play The Earthquake Girl won the Richard Imison Award. Recent work includes King David, Black Dog, Poetry in Motion and Black Eyed Girls, as well as adaptations of the Martin Beck novels. Katie has been writing for Radio 4’s Home Front since it began and has been lead writer for four seasons. Her stage play – Billy the Girl at Soho Theatre for Clean Break – led to an attachment to the National Theatre Studio and a subsequent commission to write a National Theatre Connections play, Variations. She has just finished adapting Middlemarch for Radio 4 and has a commission with Unicorn Theatre.

The judges said: “Beautifully written and incredibly evocative. Celebrating the unique qualities of radio drama. The reader/listener is completely immersed in the world of these characters. A superb finale to an excellent series.”

About the Tinniswood Award

The Tinniswood Award was established by Society of Authors and the Writers’ Guild of Great Britain (WGGB) to perpetuate the memory of Peter Tinniswood as well as to celebrate and encourage high standards in radio drama. Previous winners include Oliver Emanuel, Morwenna Banks, Mike Bartlett and Colin Teevan. Click to find out more 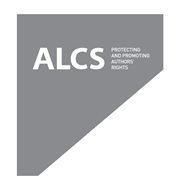