We are delighted to announce the judging panels for the 2020 Society of Authors’ Awards, including Booker Prize and Women’s Prize shortlistee Sarah Waters, Kate Greenaway Medal winner Emily Gravett, and many more.

This year sees a new annual prize awarded for the first time, The Queen’s Knickers Award, founded by children’s author Nicholas Allan, which recognises an outstanding children’s illustrated book for ages 0-7. This will be judged by writers and illustrators Alexis Deacon, Emily Gravett and Korky Paul.

It has been a real pleasure to read the novels submitted for this year’s Paul Torday Memorial Prize. As well as the quality of the writing and the range of genres on display, what has impressed me about the books is their topicality. These are writers with a wealth of life experience behind them, unafraid to tackle complex social and emotional issues. I’m looking forward immensely to the judging process.

The SOA Awards are unique in that – unlike other major literary prizes – they are judged entirely by authors. Because there are no celebrity judges involved, no cameras, no press coverage, the judging process is thorough, thoughtful, and discreet. This gives the SOA Awards a special kind of integrity, which, if we look at past winners, reflects the broad spectrum of talent of our entrants and shortlistees.

The shortlist will be announced on Thursday 14 May, followed by the winners’ announcement on Thursday 18 June at an awards ceremony at Southwark Cathedral in London.

The judges announced for each award are:

Sponsored by the Authors’ Licensing and Collecting Society (ALCS), the ALCS Tom-Gallon Trust Award is awarded for a short story by a writer who has had at least one short story accepted for publication. Previous winners include Benjamin Myers, Lucy Wood, Grace Ingoldby and Claire Harman. Total prize fund: £1,575.

The Betty Trask Prize and Awards are presented for a first novel by a writer under 35. ​Past winners include Zadie Smith, David Szalay, Hari Kunzru and Sarah Waters. Total prize and award fund: £26,200.

The Cholmondeley Awards are awarded for a body of work by a poet. Previous winners have included Seamus Heaney, Carol Ann Duffy, John Agard and Andrew Motion. Total prize fund: £8,400.

The Eric Gregory Award is presented for a collection of poems by a poet under 30. Past winners include Carol Ann Duffy, Tom Chivers, Helen Mort and Alan Hollinghurst. Total prize fund: £28,350.

The McKitterick Prize is awarded to a first novel by a writer over 40. Past winners include Helen Dunmore, Mark Haddon and Petinah Gappah. Total prize fund: £5,250.

The Somerset Maugham Awards are for published works of fiction, non-fiction or poetry by writers under 30, to enable them to enrich their work by gaining experience of foreign countries. Past winners include Helen Oyeyemi, Julian Barnes, Zadie Smith and Jonathan Freedland. Total prize fund: £16,000.

This new annual prize, funded by Nicholas Allan, author of The Queen’s Knickers, is awarded to an outstanding children’s original illustrated book for ages 0-7. It will recognise books that strike a quirky, new note and grab the attention of a child, whether this be in the form of curiosity, amusement, horror or excitement. Total prize fund: £6,000.

The Paul Torday Memorial Prize is awarded to a first novel by a writer over 60. The prize includes a set of the collected works of British writer Paul Torday, who only published his first novel Salmon Fishing in the Yemen at the age of 60. Total prize fund: £1,000.

With thanks to the Authors’ Licensing and Collecting Society (ALCS) for support. 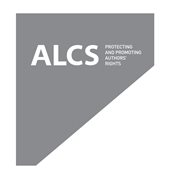 About the Authors’ Licensing and Collecting Society: The Authors’ Licensing and Collecting Society (ALCS) is a not-for-profit organisation started by writers for the benefit of all types of writers. Owned by its members, ALCS collects money due for secondary uses of writers’ work. It is designed to support authors and their creativity, ensure they receive fair payment and see their rights are respected. It promotes and teaches the principles of copyright and campaigns for a fair deal. It represents over 100,000 members, and since 1977 has paid around £500 million to writers (alcs.co.uk).