Eoin O’Connor has just returned to Dublin following three years living between Rwanda and the Democratic Republic of Congo. 30 Eggs made the Brit List of best unproduced screenplays in the UK and Ireland and received a Tony Doyle Bursary in 2014. It is now in development as a feature film with Treasure Entertainment. His script Van Diemen Downs was awarded fourth place finalist in the American Screenwriters Association’s International Screenwriting competition and Mansion on the Hill was a quarter-finalist in the Nicholl Fellowships in Screenwriting. Eoin is currently developing two feature films, Family Remains (Grand Pictures) and Stolen (Epos Films).

You can read the script of 30 Eggs by clicking here.

Listen to a preview of 30 Eggs.

Iain A J Ross had his first play performed when he was 17, and went on to study Creative Writing at the University of East Anglia. He was a finalist in the BBC Writer’s Prize competition in 2013, and co-wrote and performed a stage show at the Edinburgh Fringe last year. He now splits his time between writing radio, TV and film scripts, and playing in an electro-indie band. On writing his first play for radio Iain said: ‘So the BBC Writersroom works. I’ve no agent, no connections. Just sent my script in, and BAM: my first Afternoon Play.’ 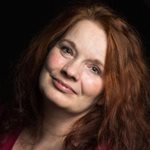 Emma Spurgin Hussey runs Bedlam Theatre Company of Cornwall with her partner Rory Wilton, and has worked extensively in touring theatre, as well as in TV and film. She plays Clare Milson in Doc Martin, and Mrs Zacky Martin in Poldark. She co-runs Bedlam Youth Theatre, runs regular workshops (in both acting and writing) with children and adults, and directs community and youth theatre projects. Emma has written (and co-written) stage plays for Bedlam, as well as for schools, community projects and youth theatres, and has had work shown at Hall for Cornwall and Plymouth Theatre Royal. Published work includes poems and journalism. She is currently working on more radio plays, non-fiction, and a children’s book.

You can read the script of The Churchill Barriers by clicking here. 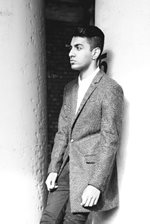 Furquan Akhtar is a Broadcast Magazine ‘Hot Shot’ (2014) and Guardian Newspaper ‘One to Watch’ (2012). He cut his creative teeth in the Coronation Street Editorial Department and as a Script Editor for Hollyoaks. He has recently written two episodes of the CCBC drama Wolfblood.

You can read the script of Shamed by clicking here. 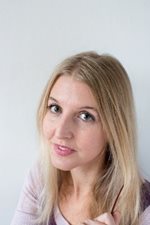 Annalisa D’Innella began her career as a researcher and producer of historical and current affairs documentaries, including BAFTA-winning Nuremburg for Channel 4.  Her original screenplay, Paper Flowers is in development with Christina Hendricks (Mad Men) attached to play the lead.

You can read the script of The Man Who Fell to Earth by clicking here.

Listen to a preview of The Man Who Fell to Earth.