Julian Simpson is a well-established television director/writer whose manifold credits include Spooks, New Tricks, Hustle, etc. Julian diversified into radio in 2007 with his drama Fragments. He has since written Bad Memories, in 2012 winner of the BBC Drama Award for Best Use of Sound, and most recently Kokomo. Julian is currently developing a 6-part crime drama for BBC One and he has a movie, Run, in development with Potboiler Films.

You can read the script of Fugue State by clicking here.

Listen to a preview of Fugue State.

Sean Grundy’s first Afternoon Play for Radio 4, Cavity, received rave press reviews and his second, The Recordist, was Sony nominated. His latest works are a 10-part adaptation of his R4 Afternoon Play The Best Queue and Far Side of the Moore. He is currently working on a radio serialisation of The Andy Warhol Diaries and a biopic of the YBA BritArt movement. Sean is also developing TV projects including a series for the BBC.

You can read the script of Far Side of the Moore by clicking here.

Listen to a preview of Far Side of the Moore

Joseph O’Connor is the author of eight novels, including Cowboys and Indians (short-listed for the Whitbread Prize), The Salesman (in development with Tiger Aspect Productions for ITV), and Star of the Sea (to be filmed by Peter Kosminski). He has also written radio diaries, film scripts and stage-plays. He received the Irish PEN Award for Outstanding Contribution to Irish Literature in 2012.

You can read the script of Vampyre Man by clicking here.

Listen to a preview of Vampyre Man. 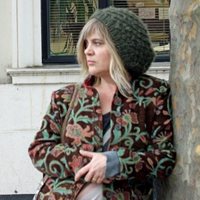 Linda Marshall Griffiths has written extensively for theatre, short film and radio. Her original dramas for radio include Things Might Change or Cease for BBC Radio 3 and The Embrace, Man in the Moon, The Minute When your Life Stops and Monkeyface. Recent work includes a contemporary reimagining of the myth of Orpheus and Eurydice and her next play The Sky is Wider is a collaboration for the Wellcome Trust’s ‘States of Mind, Edges of Consciousness’ Season.

You can read the script of Dream of White Horses by clicking here.

Listen to a preview of Dream of White Horses: Part One; Part Two

Nick Warburton has written scripts for stage, television and radio. He has previously won the Tinniswood Award, as well as the BBC/Radio Times Drama Award, the Sandford St Martin Award and the Jerusalem Award. He created the original drama series On Mardle Fen which ran for six series. Writing for TV and Radio – a Writers’ and Artists’ Companion, co-written with Sue Teddern (Bloomsbury) is now available and features this episode.

You can read the script of Tommies by clicking here.

Listen to a preview of Tommies.